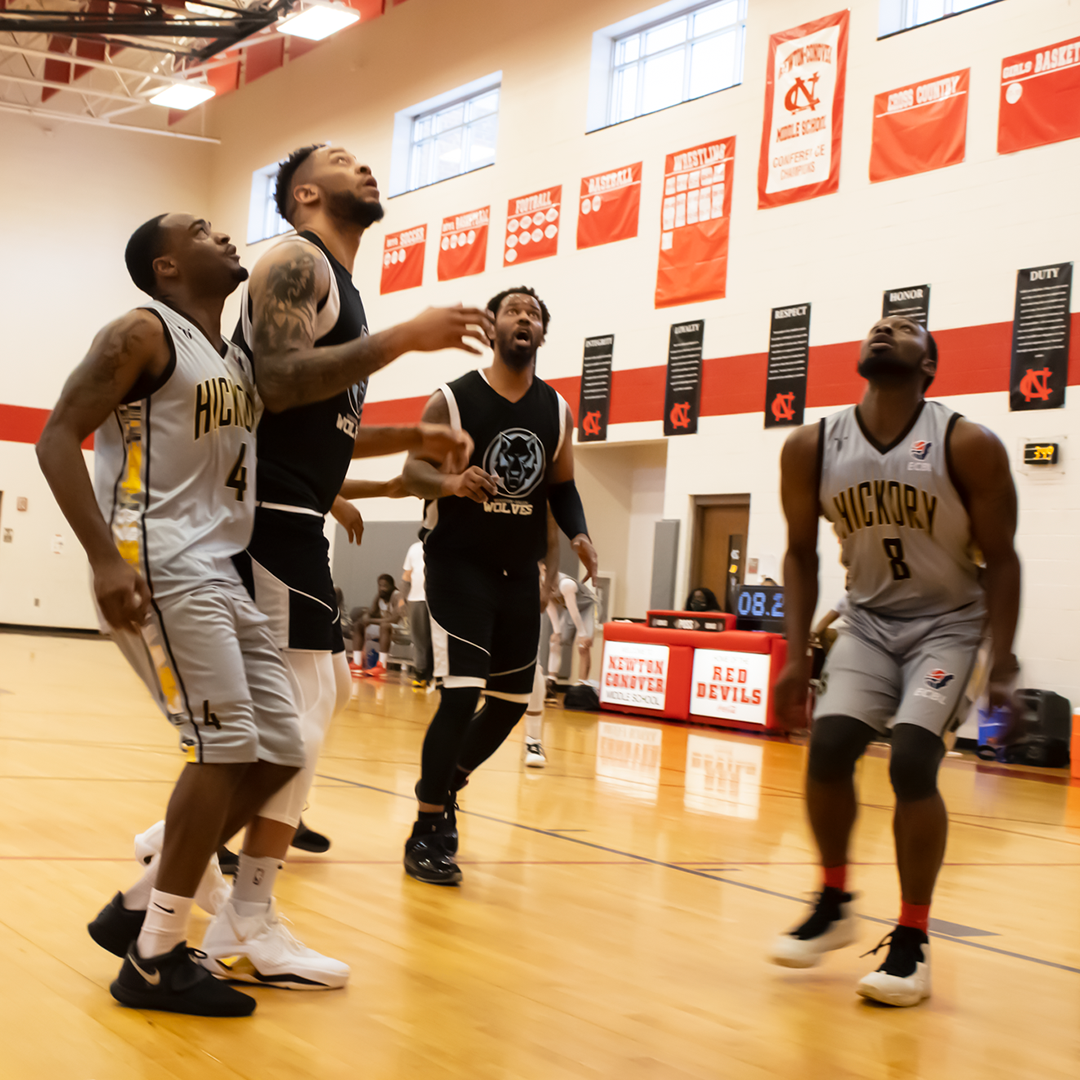 The Winston-Salem Wolves dropped their first ECBL road game of the season in a game which saw the team plagued by poor defense and lackluster offensive execution. Going into the contest, the Wolves coaching staff knew they would be shorthanded, with three of their available post players unavailable. Hickory was able to take advantage and execute more efficiently in transition to get the win.

Hickory built a lead in the first half before pulling away in the second and winning 147-116. The Wolves struggled to score for stretches during both halves and showed inconsistent defensive effort, despite glimmers of effectiveness. The lack of post play also hurt the Wolves, with Hickory outrebounding Winston-Salem 58-34, and despite being able to work the ball into the paint repeatedly in the first half, points inside were difficult to come by.

The leading scorer for the Wolves was Khadier Fulcher, guard, with 27 points, however the limited roster wasn’t enough to overcome the athleticism of Hickory.

The Wolves next look to bounce back on the road against the Carolina Chosen Lions in Winterville, NC on April 18 before returning home to face another division rival, Rowan County, on April 24 at home.

The Wolves open the 2021 ECBL Season April 10 with a home game against division rival High Point. While no fans are allowed at the game, the game is available live and on demand to subscribers of NetCastSports.com. Tip off for the game is 7pm ET. 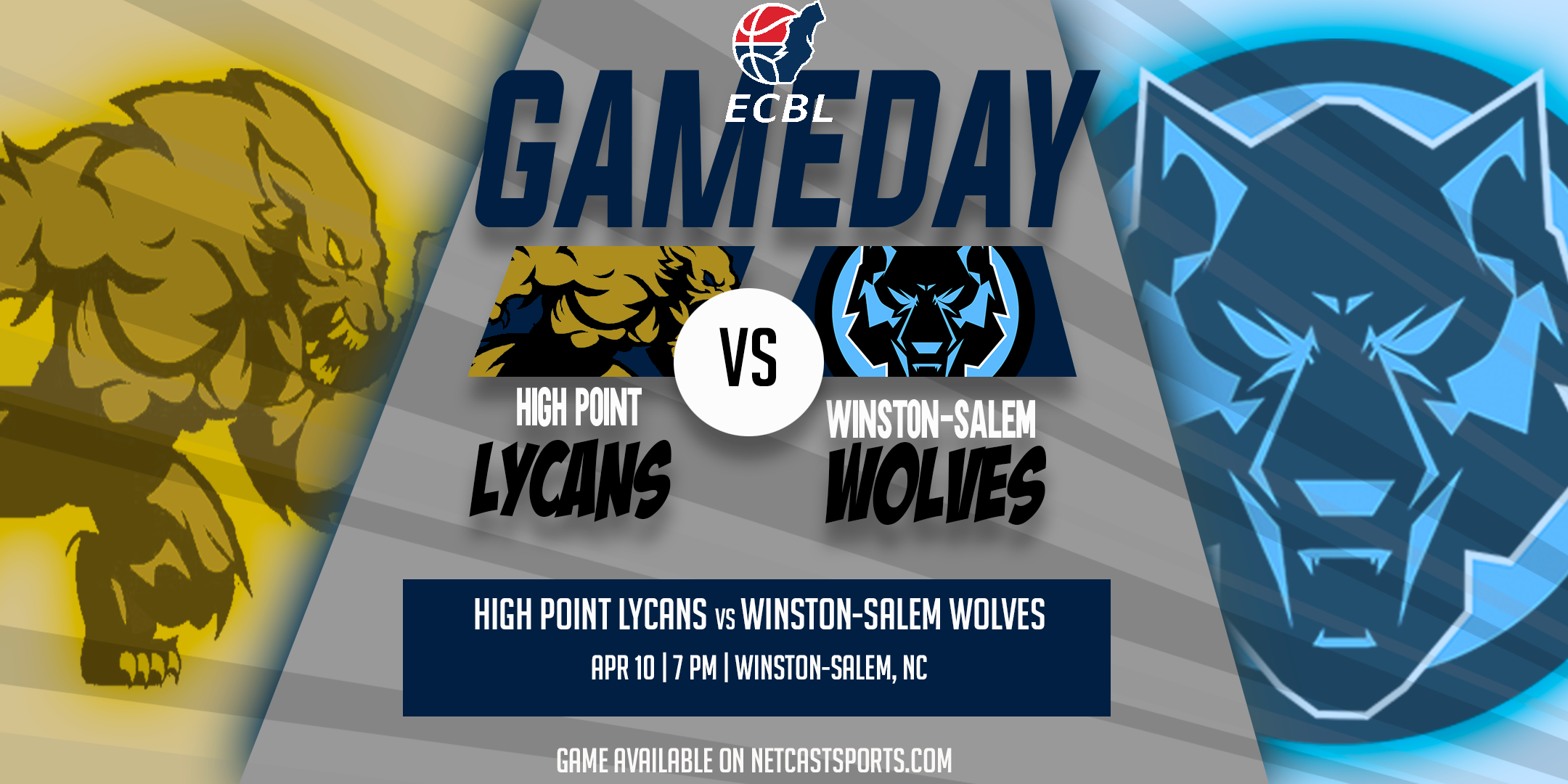 Brandis Raley-Ross, who played with the Winston-Salem Wolves during the 2019 season, has signed a new contract with Tallinna Ulikool/Kalev (Estonia) after playing last season in Hong Kong prior to the COVID-19 shutdown across the globe.

Raley-Ross played his college basketball for South Carolina, before starting a pro basketball career that is now in the 11th season, including stints in the NBA G-League.

Raley-Ross will join Emmanuel Wembi on the roster, who was an alternate for the Wolves Red Bull 3×3 tournament team in 2019. Be sure to keep up with all the former or current Wolves and their pro careers elsewhere on our ever-growing list of Winston-Salem Wolves players in the pros.

Be more than a number. The Champion performance tee repping the City of Wolves is now available:

Lightweight Champion performance t-shirt. Made from rapid dry fabric, this tee is perfect for running, working out at the gym, or team sports. It features a reflective “C” logo and ensures UV protection.

The Winston-Salem Wolves have announced that Antonio Robinson, PG, has been re-signed for the 2020 season. Robinson was a 2019 ECBL All-Star and was a crucial player for the Wolves historic inaugural run. Robinson played collegiate basketball at East Carolina before professional stints in China and the UK.

It’s giveaway time! This Friday one lucky fan will get this FREE fan pack with the popular grey wolf tee, magnets, stickers, coasters and more! Go check out the Wolves on Twitter, Instagram or Facebook and then like, comment or retweet to let us know you want to enter!

The Winston-Salem Wolves honor 2019 PG TJ Fullwood with a custom 2k cover. TJ is playing with Roane State for the 2020 season!

The 2019 ECBL Championship will pit the 14-0 Winston-Salem Wolves versus 4x defending champion PrimeTime Players (Rock Hill, SC) – if you can’t make it out to the game, watch live via @NetCastSports